An Animal Protector in Cuba

Diana Cary Angelbello Alvarez (Ciego de Avila, 1987) is an animal protector: “I always thought about having a place where I could collect the animals I would see on the street.”

Diana watched a TV documentary about a woman in Colombia who had managed to create an Animal Sanctuary and she told herself: “well, maybe I’m not crazy.” She thought it was madness, but that she would be able to achieve this if she worked hard enough. “I began to attract people, to form a group.”

The legal side of things has been difficult because there is already a National Center for Animal and Plant Health, and it is assumed that she should form part of this Association. Diana applied several times to legalize her animal shelter, but she didn’t receive a response. She decided to create a Shelter where the so-called “Pound” had always existed, a slaughter house. Every animal picked off the street had been taken there. “But, I was told that if I did this, I would be changing the purpose of this workplace. And so I answered: so, what is your purpose? To kill them? The Director of the National Institute of Hygiene told me that I was half-mad, that my ideas were fanaticism.”

If nobody turns up at the Pound within 72 hours to claim their animal, they are “sacrificed” (a euphemism used by those responsible for the so-called Zoonosis Program). Behind this scientific term as it appears in dictionaries (which relates to any disease that an animal might have that can be transmitted to humans), she discovered a work practice that was as cruel or even more so than many communicable diseases.

“Every month, they do the rounds and, after 72 hours, they kill them at the Pound using strychnine, a substance that many people believe kills the animal without causing it any suffering because that is what they have been told,” Diana says. However, they do indeed suffer because they die as a result of suffocation.

“This poison stops all of their organs, one by one, until they die from suffocation. They say that they kill these stray dogs because they bite, because they have rabies and can infect humans and other things, but Diana doesn’t believe this to be the case because “stray dogs are very submissive, they have suffered a lot because of abuse, because of hunger, cold, almost none bite really and they are afraid of people. On the contrary, domesticated dogs that go out on the street are the ones who really tend to attack.

Convinced that it really would be a difficult task to convert these professional “sacrificers” into key components of a complex process to save animals and promote their adoption, she set out on fighting diseases in stray dogs and the excuse that they have to be killed because they are sick. “We spent a long time deworming stray dogs in every area; we went and injected them without any problems, they let us inject them, they aren’t aggressive. We dewormed them along the Boulevard, in Vista Alegre and Vista Hermosa.”

Frustration didn’t take long to rear its ugly head. “We stopped doing this because we saw that it didn’t make sense, the Institute of Hygiene was still picking up the dogs we had dewormed and killed them.” Not sitting still with her arms crossed, Diana continues to do what is humanly within her reach: “there still isn’t a lot of culture of adopting large animals. There are people who have up to 11 at home. We have focused on at least rescuing the ones who are in the worst condition, so that they don’t have such an unfortunate end.”

If the world were to split between those who are sensitive and those who aren’t, this animal protector has already chosen her side: Diana would like to dance until her body hurts, the most she can, and open up an animal sanctuary in her city to save them: “these are my dreams.” 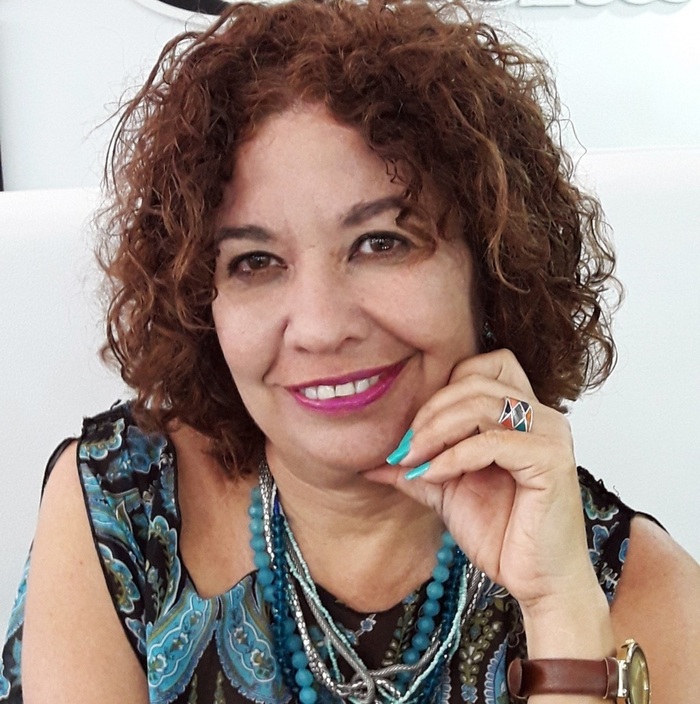